The volcanic origin of the Canary Islands has given the archipelago dramatic landscapes of steep hills, rocky terrain, and sharp cliffs. The Shepherd’s Leap, or Satlo del pastor, is a practice that the aboriginal settlers devised to overcome the unevenness of the volcanic terrain to use the land for agricultural activities. This innovative method involved shepherds using a wooden stick or lance to cross the countryside and pole jump over valleys and cliffs, hence its name, the Shephard’s Leap.

The jumping or leaping of the Canarian shepherd involves them sticking the end of the lance (regatón) into the ground and adopting different hand or body positions, depending on whether they want to descend, climb or even brake. These positions are called mañas and relate to how the hands and arms are placed on the lance, and the position adopted by the rest of the body. It is possible to jump with the lance at the side of the body or in front of the body. To come back down, participants often opt for a smooth slide with the tip of the lance resting on the ground.

One incredible technique used in the Shepard’s Leap is known as salto a regatón muerto. This is a visually spectacular skill in which not even the tip of the lance rests on the ground, requiring considerable agility making it possible to reach up to double or triple the length of the lance itself.

Like many traditions, over time, the practice of Satlo del Pastor, or the Shepard’s Leap, diminished. However, in the 1990s, collectives known as the jurrias were formed and an effort was made to prevent the loss of practice of the Shepherd’s Leap. Today, there are approximately 18 collectives throughout the Archipelago, accounting for over 300 people.

In May 2018, Satlo del pastor was declared an Activity of Cultural Interest by the Government of the Canary Islands. The indigenous sport, which dates back to the 15th Century, is still practiced in the Canary Islands as a hobby or a leisure sport by enthusiasts who continue the tradition. Those who practice Salto today don’t necessarily have to be shepherds, nor do they need to leap as in the past. The work tool today has more a playful component, with a moderate risk, allowing participants to enjoy nature and maintain tradition.

The folk sport and hobby is due to be internationally recognised at the upcoming London Mountain Film Festival, with the addition of documentary Jurria: Guardianes del Garrote to the festival’s official line-up. This 35-minute film, shot entirely in Gran Canaria, tells the story of ‘Maestro Paco’ and his passion for the traditional Shepherd’s Leap.

The Shephard’s Leap is practiced in all eight of the Canary Islands however, the islands have different names given to the wooden stick used: lanza in La Palma and Tenerife; asta in El Hierro; astia in La Gomera; garrote in Gran Canaria; and lata in Lanzarote and Fuerteventura. In addition to the name, the wood from which the lances are made also varies. Most are made from Canarian pine, wild olive trees, beech, faya, the riga of Honduras or ash.

In relation to the recent revival of interest in the traditional activity, the President of the Canary Island’s Salto del Pastor Federation, Juan Alemán, says that “with the pandemic, the number of people who have joined the federation has increased. I believe that the desire for freedom was so great that more people were encouraged to go to the cliffs”. 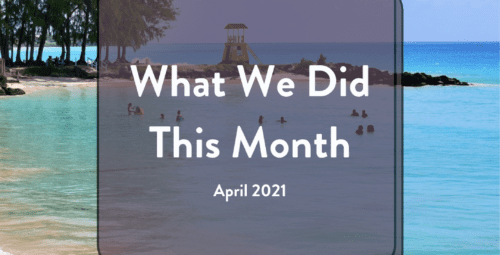 April was an exciting month here in TravelMedia.ie Towers as we hosted our first event since the pandemic, launched our very own podcast and continued to produce great work for clients. Read on to... 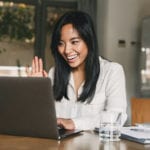