To know the gastronomy of the Canary Islands is to savour their essence. Are you ready for a culinary journey?

It’s often said that the Canary Islands are a continent in miniature. This is not only because of the sheer variety of landscapes you find here – from pristine beaches to majestic volcanoes – but also the rich cuisine that each of the islands has to offer. From the north, with its freshly caught seafood, to the south, where the best modern fusion restaurants are located, the Canary Islands offers a sensorial gastronomic journey.

A world of flavours

Tradition and modernity collide in Canarian gastronomy. It even boasts some outstanding emerging young chefs, like Juan Santiago, World’s Best Young Chef 2015 Finalist. He is known for his experimentation based on tradition, the fruit of which are the liquid croquette or the croquette foam among others. As Santiago puts it, with 15 million tourists visiting the Canary Islands every year, it’s inevitable that new tastes and concepts keep emerging. Flavors of Spain, Latin America and Africa cross paths in this archipelago, shaping a very unique identity. 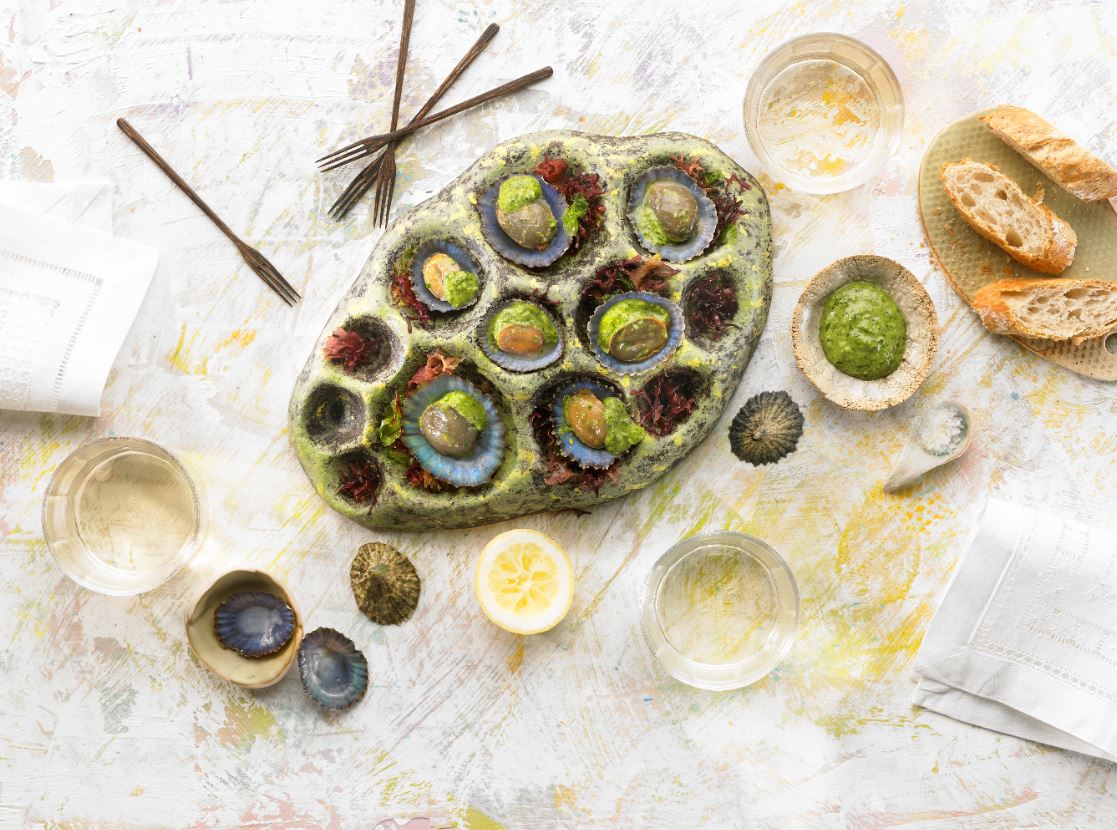 Tenerife for example, the largest of the Canary Islands, is home of the famous papas negras (‘black’ potatoes) and known for guachinches; humble, family-run restaurants where you experience local dishes at affordable prices. Haute cuisine and destination dining also has its place on the island. Five of the six Michelin star restaurants of the Canary Islands are situated on Tenerife. In modern Canarian cuisine, foams and other methods associated with molecular cookery coexist with traditional fish dishes, the ubiquitous mojo sauces, award -winning cheeses and bananas and pineapples famed throughout Europe.

From the net to table

The Atlantic Ocean wraps the Canary Islands, and traditional fishing, regulated by legislation that preserves stocks and marine ecosystems, is a way of life. The waters around the islands are home to an astonishing variety of fish, such as cherne, Atlantic croaker, salema, and sea bream. Whether grilled, baked, marinated or fried, they give a true taste of the Atlantic. Sancocho is a popular, dish of South American origins that consists of salted fish served with potatoes, sweet potatoes, and mojo – the famous sauce of the islands made with olive oil, peppers and assorted spices. 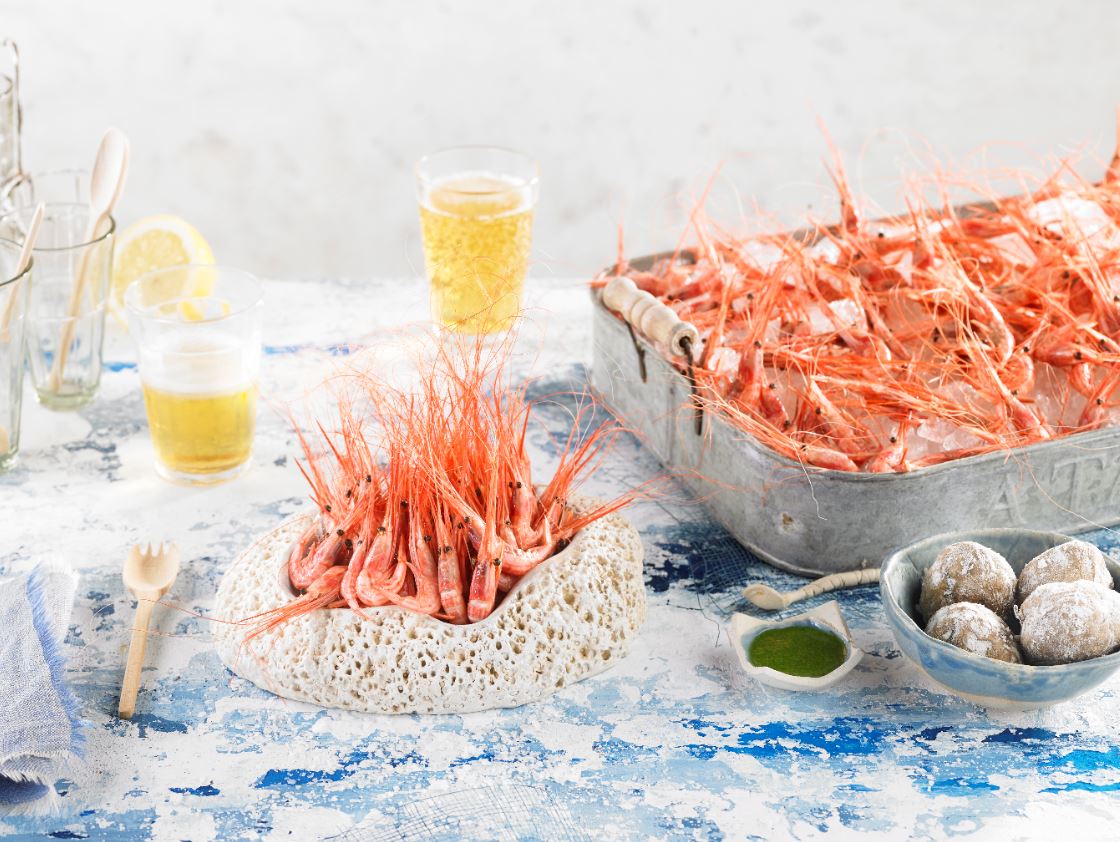 On the island of Gran Canaria, make your way over to the neighbourhood of San Cristóbal and Bar Zurita, a local institution where you can enjoy fresh-off-the-boat octopus and calamari overlooking the sea. Also recommended is La Bahía del Pajar at Arguineguín, or any of the eateries at El Medáno, without doubt the most beautiful beach on Tenerife. If you find yourself on Lanzarote or La Graciosa – the smallest of the Canary Islands – tuck into a plate of tiny, tasty ‘La Santa’ prawns accompanied with nothing but a slice of lemon and a cold beer.

Santiago is a strong advocate of the principles of 0 KM; that is to say, “Buying and eating what is local, shortening distances between land or sea and the kitchen and importing as little as possible.” This philosophy has yielded formidable results; for the environment, for producers and most of all our taste buds.

The philosophy of 0 KM has always influenced eating habits on the Canary Islands.The most popular meat is not beef, but pork, rabbit and goat. Goat meat has a strong flavour, and is eaten with your hands. Accompanied with papas arrugadas (small potatoes with a salty crust), it’s perfection. 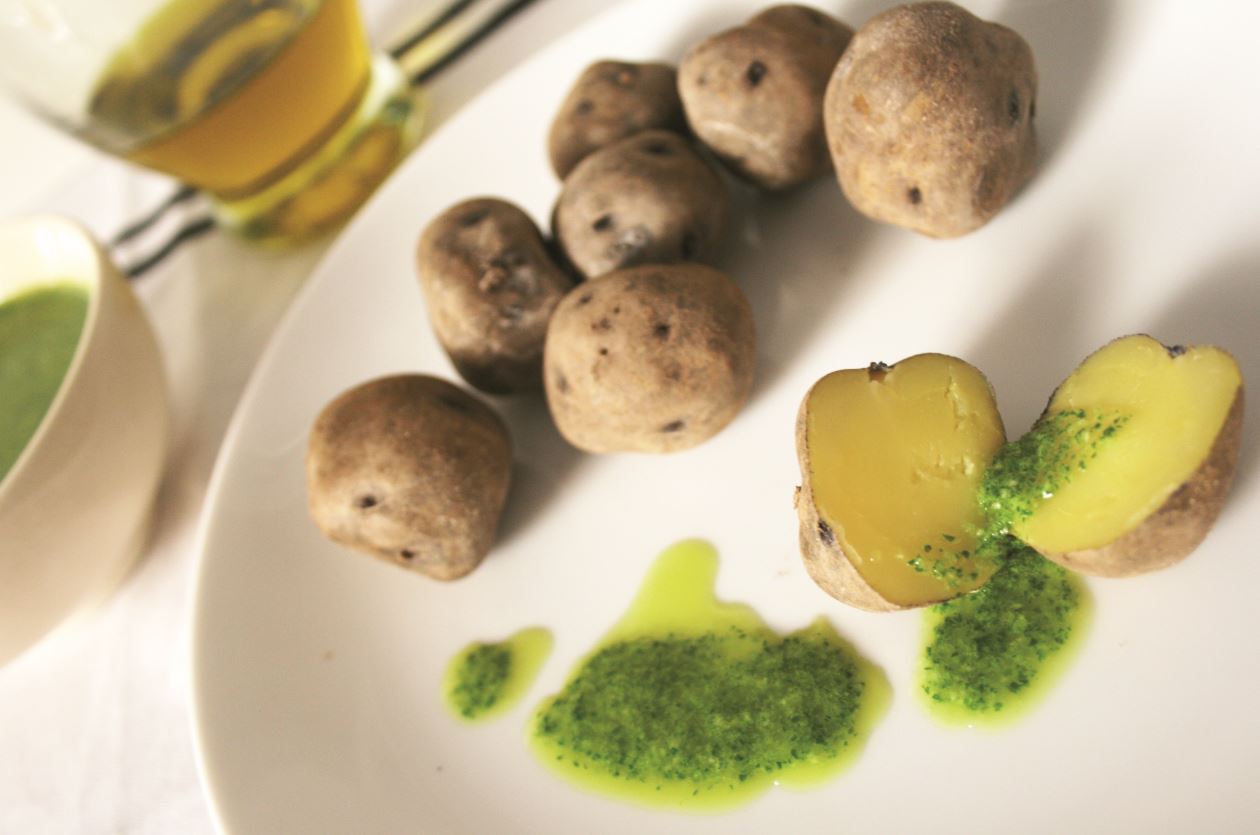 No meal on the Canary Islands is complete without local bread (essential for mopping up any mojo sauce left on the plate); a good wine, such as dry white from La Gomera, one of the world’s most unique wine regions) and above all, cheese.

Canarian cheeses, especially those of the islands of Gran Canaria and Fuerteventura, are among the best in the world. In the 2018 edition of the World Cheese Awards, no less than 35 cheeses made on the Canary Islands received awards. Standout farmhouse cheeses include Maxorata; a semi cured goat’s cheese spice with smoky paprika, and Majorero, a firm goat’s milk cheese similar to Manchego. Perhaps the most original cheese is Flor de Guía; a creamy, slightly salty cheese made with an exact combination of cow’s and goat’s milk and liquid extracted from thistle flowers (flors de guía) for the curdling process.

The tradition of pastries, cakes and desserts from the Canary Islands is exquisite and largely unknown, even in the rest of Spain. Take, for example, the truchas de batata of Lanzarote, a crescent -shaped Christmas pastry of almonds, raisins, sweet potatoes and a hint of anise.

Fuerteventura have the puff-shaped suspiros de Moya meringues, and leche machanga; creamy custard spiced with lemon and cinnamon. Over on the island of La Palma, Príncipe Alberto is a sinful, creamy dessert of sponge cake, chocolate, almonds and hazelnuts. On La Gomera any dinner table conversation eventually turns to palm syrup (miel de palma), the star ingredient of the island’s cuisine. Made from cooking the sap of palm trees to the point of caramelisation, it is used in desserts, cocktails and other drinks, and to sweeten up dozens of other dishes.

‘This shortest route to the heart is through the stomach.’ The people of the Canary Islands know the meaning of this only too well. They identify as much with their local cuisine as they do with their oceans, beaches and majestic volcanic landscapes. For the visitor, the discovery of Canarian gastronomy brings them closer to the essence of this singular place in the world.