It’s almost Christmas and Founder and MD of TravelMedia.ie, Michael Collins, recently travelled from Dublin into a busy Charles de Gaulle Airport, Paris. Before his next flight, Michael received a 15-minute rapid antigen test in the airport terminal. In Paris Airports, there is no cost for departing passengers who need a COVID-19 test before flying, both rapid antigen and PCR tests are free of charge. Rapid antigen test results are immediate, while PCR test results are next day.

Michael made his appointment for the rapid antigen test online just 24 hours previous. The test was quick, convenient, and safe and yes, it is mildly uncomfortable, but it is not painful and not something to be afraid of.

The services Michael availed of in Charles de Gaulle Airport are offered in all major airports in France and most other European counties. However, in Ireland there is no policy relating to airport testing for inbound or outbound passengers. Yes, there are private test centres at our airports but, without government support and a change in policy they make no sense.

“The only requirement in Ireland is for arriving passengers to complete the Passenger Locator Form. ‘Restricted movement’ is not a legal requirement, it is only advised. The only testing guidelines from the government are for a PCR test three days before returning from an ‘orange’ country or five days after returning from a ‘red’ country, to avoid ‘restricted movement’. Who would get a PCR test at the airport when the requirement is normally 48 or 72 hours prior to travel, unless you live near the airport?” Says Michael Collins, who has taken all his tests at his local TMB clinic.

Michael continues, “The Irish government, NPHET and the HSE have all actively and publicly discouraged our diaspora from travelling home for Christmas, in effect publicly shaming those who choose or need to travel home to see loved ones this Christmas, even though there is no travel ban. An opportunity has been missed this Christmas. Rapid antigen testing should have been made available at our airports and it should have been government backed”.

Ireland signed up to the EU Traffic Light system in November. Travel is permitted and is safe when people follow the EU and Irish government guidelines and protocols. The EU Commission, the European Centre for Disease Control and the European Aviation Safety Authority all support the opening up of travel with sensible and balanced protocols, which is what is needed here in Ireland.

Michael Collins, MD & Founder, TravelMedia.ie & TTR, is available for interview. The quickest way to contact Michael is via WhatsApp +353 86 858 3585.

Michael has worked in the travel and media industries for 20 years. During this time, he has worked as a travel journalist, editor, and publisher with Backpacker, Abroad and Irish Business Traveller magazines. He has also worked in television and radio as a presenter and travel expert. 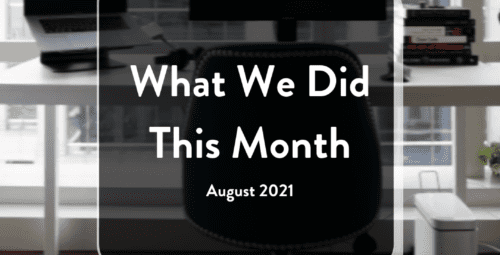 Another busy month finished here at TravelMedia.ie Towers. From creating content for clients and expanding our team to new filming opportunities and some travel, August has kept us all very busy. Read on to... 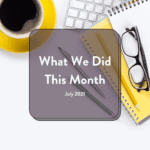