7 November 2011 – Minister for Transport, Tourism and Sport Leo Varadkar joined Tourism Ireland and tourism enterprises from across the island at World Travel Market (WTM) in London today, heralding the start of the promotional drive for 2012.

Now in its 32nd year, World Travel Market is the largest B2B event in the global travel and tourism calendar, with almost 50,000 representatives of the industry from around the world and 3,000 influential international media in attendance.  According to the organisers of WTM, about £1.4 billion worth of business was transacted at the event last year.  This year, over 60 Irish tourism enterprises – including hotels, ferry companies, visitor attractions, coach hire companies, incoming tour operators, activity providers, hostels and car hire companies – are exhibiting at the Tourism Ireland stand, which provides an invaluable platform for the participating companies to network, negotiate and exchange vital contracts for 2012.

With over 200 countries all vying for business at WTM this week, Tourism Ireland aims to stand out from the crowd and capture the attention of the influential global media and travel trade in attendance.  Speaking in London at WTM, Tourism Minister Leo Varadkar said: “We need to get the message out that there has never been a better time to visit Ireland.  World Travel Market is a hugely significant event, which also demonstrates just how competitive international tourism has become.  Irish tourism has to fight hard for every bit of business.  That’s why we have to make sure that the world knows about Ireland’s great tourism product and the real value that is now available. Thankfully, visitor numbers are growing this year for the first time since 2007, so it looks like we are getting the message out there.”

Niall Gibbons, chief executive of Tourism Ireland, said: “The large representation of our industry partners on the Tourism Ireland stand at WTM this year is extremely welcome and essential in the highly competitive global marketplace.  Tourism Ireland has been working hard all year, to keep the island of Ireland ‘top of mind’ for people around the world who can be persuaded to take a holiday or short break overseas.

“2011 appears to mark a turning point for Irish tourism, with the most recent CSO figures for the first eight months of the year showing a return to growth of +11%, including a particularly welcome growth of over +8% from the all-important Great Britain market.  At the end of this month, we will outline our plans for 2012, when we will be pulling out all the stops to build on this growth and working to ensure that the island of Ireland increases its share of the global travel business.”

The month of December was an exciting month that included more travel and filming to more celebratory nights and fresh content. Read on to find out everything we got up to this month… Michael... 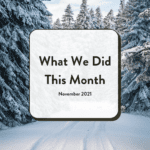 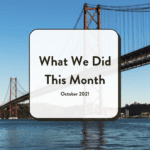