The Canary Islands carnival is one of the best in the world and one of the most exciting spectacles in Europe. It is something that everyone should experience at least once in their lifetime. If you go one year, you’ll want to go every year after that. Because the carnival always leaves you wanting more.

The Canary Islands carnival has color, joy, floats, singing groups, spectacular parades and more, all to the beat of salsa and batucada. It is a unique carnival, not just because the streets transform into a huge party, but because of the safe, fun, relaxed atmosphere, and of course the climate. The Canary Islands climate allow you to experience the carnival outdoors without worrying about the cold, despite the fact it takes place in February and March. Each island experiences carnival in its own unique way and they are all equally special.

The Santa Cruz de Tenerife Carnival is considered one of the best in the world. In fact, it has been declared an ‘International Tourist Interest’. Santa Cruz turns into a huge party and transforms its streets into a full-on show bursting with joy, rhythm and dancing. Whether you go during the day or at night, make sure to dress up and get the face paint out

The Carnival Queen Gala is one of the most widely anticipated events thanks to the spectacular outfits worn in the parade. Pure fantasy and creativity, with thousands of feathers and sequins on dresses that can measure more than three metres in height and weigh up to 400 kg.

The two key days for carnival-goers are the day of the ‘coso apoteosis’, a thrilling parade of floats and groups that move along to the infectious rhythm of the ‘comparsas’, carnival groups, and the traditional ‘burial of the sardine’, which is on Ash Wednesday. A relaxed spectacle that is great fun, as the festivities begin to come to a close, although there is still the daytime carnival and ‘piñata’ weekend to look forward to, which ends the celebrations until the following year.

The Gran Canaria Carnival is one of the most spectacular in all of Spain. A huge, open party that takes place on the streets of the capital city, from Las Canteras Beach, where you can see the exciting parade, to the beautiful neighbourhood of Vegueta. However, the city centre is where you will find crowds of people in fancy dress who don’t want to see the party end.

In addition to the Carnival Queen Gala and the competitions to select the best carnival group, which are called ‘murgas’ and ‘comparsas’, another of the Gran Canaria Carnival’s most popular and international events is the Drag Queen Gala, where the carnival’s drag queen is chosen, a title competed for by candidates on dizzyingly high platforms, on which they perform impossible choreographies full of creativity and provocation.

And for anyone who wants to experience carnival on the beach, the International Carnival of Maspalomas is the perfect event for enjoying the festivities in the warm climate amongst some incredible sand dunes.

Carnival on the island of La Palma is different to the other islands and one of the most unique in all of Spain. The difference is the ‘Fiesta de los Indianos’, a celebration inspired by those who emigrated to Cuba. The streets are coated in the coloured powder thrown by thousands of people dressed in white on Carnival Monday every year, as they pass along Calle Real to the Plaza de España. Festival goers go all out, with the boys wearing ‘guayaberas’ (light shirts) and the girls wearing picture hats and old-fashioned dresses, as they move along to the beat of ‘guarachas’ and ‘guajiras’ that play all day long in Santa Cruz de La Palma, a pretty, cultural city that is well worth a visit.

Lanzarote Carnival is one of the oldest in the Canary Islands, although not as well-known as the others. The most noteworthy event takes place in the island’s capital city, Arrecife, where the ‘parrandas marineras de los buches’ (music) and the floats, ‘comparsas’ (carnival bands) and batucada music fill the air with rhythm, joy and lots of colour. You will the party doesn’t stop there as you move around the rest of the island, especially in Teguise, which holds a tradition known as the ‘diabletes’ of Teguise, where people dress up as devils.

If there’s one thing you can say about the Canary Islands, it’s that not two islands are the same. In Fuerteventura, the stars of the carnival are the ‘arretrancos’ and the ‘achipencos’. The first are fun four-wheeled vehicles made by hand and the second are strange floating devices used for the most extravagant, fun regattas you’ll ever see, which take place in Puerto del Rosario, the island’s capital city. Laughter and fun are guaranteed!

In addition to these two events, anyone who visits Fuerteventura during carnival will also be able to enjoy partying in the streets with the Carnival Queen Gala and the contest of the carnival bands, the ‘murgas’ and ‘comparsas’.

La Gomera Carnival is a quiet one, one without huge crowds. It mostly takes place in San Sebastián, the capital city of the island, and one of the most popular events is the ‘Día de los Polvos de Talco y Añil’, which is on Carnival Monday. Carnival-goers, all dressed in white, are covered in a blanket of coloured powder amid partying, fun and orchestra music. From La Gomera many choose to hop across to El Hierro, La Palma or one of the other islands.

No less unique is the carnival on the island of El Hierro, a real celebration where the ‘Fiesta de los Carneros’, or ‘Los Carneros de Tidagay’, brings together hundreds of youths dressed in sheepskins in Frontera to continue a tradition that was once almost lost but is still alive today to the delight of anyone who gets the chance to experience it. 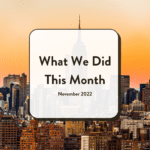 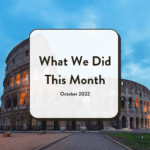