Beautiful long beaches edged by shallow, calm emerald water. Natural pools sheltered by rocks complete with fish and scuttling crabs. A camel ride around a volcano rim or a trip to one of the many theme and leisure parks that populate the islands.

The Canary Islands has something for even the most demanding mini traveller, here are the top things to do in the Canaries with kids:

According to TripAdvisor, Siam Park is one of the most popular parks in the world.

The park boasts a huge variety of pools, aquatic rides and a wave pool with some of the world’s largest artificial waves. It also features thrilling daredevil rides such as the Mekong Rapids, a fast-paced water slide ridden on a rubber boat, the Kinaree, also enjoyed on a rubber boat and featuring a tornado wave, or the Dragon, a vertical funnel enjoyed on a float for up to four persons which delivers a unique in Europe vertical zero gravity experience.

Once all of the fun and frolics are out of the way, there’s no better way to wind down than to lay down on the white sand of Siam Beach, facing its beautiful clear turquoise waters.

Discover your inner Tarzan in the Forestal Park in Tenerife

Leap off Tarzan Swings or fly down ziplines at the gates of Teide National Park, Forestal Park Tenerife.

This unique park consists of three modules increasing in difficulty surrounded by canary pines and a landscape full of biodiversity in the protected area of Las Lagunetas.

Ride an autochthonous camel in Fuerteventura 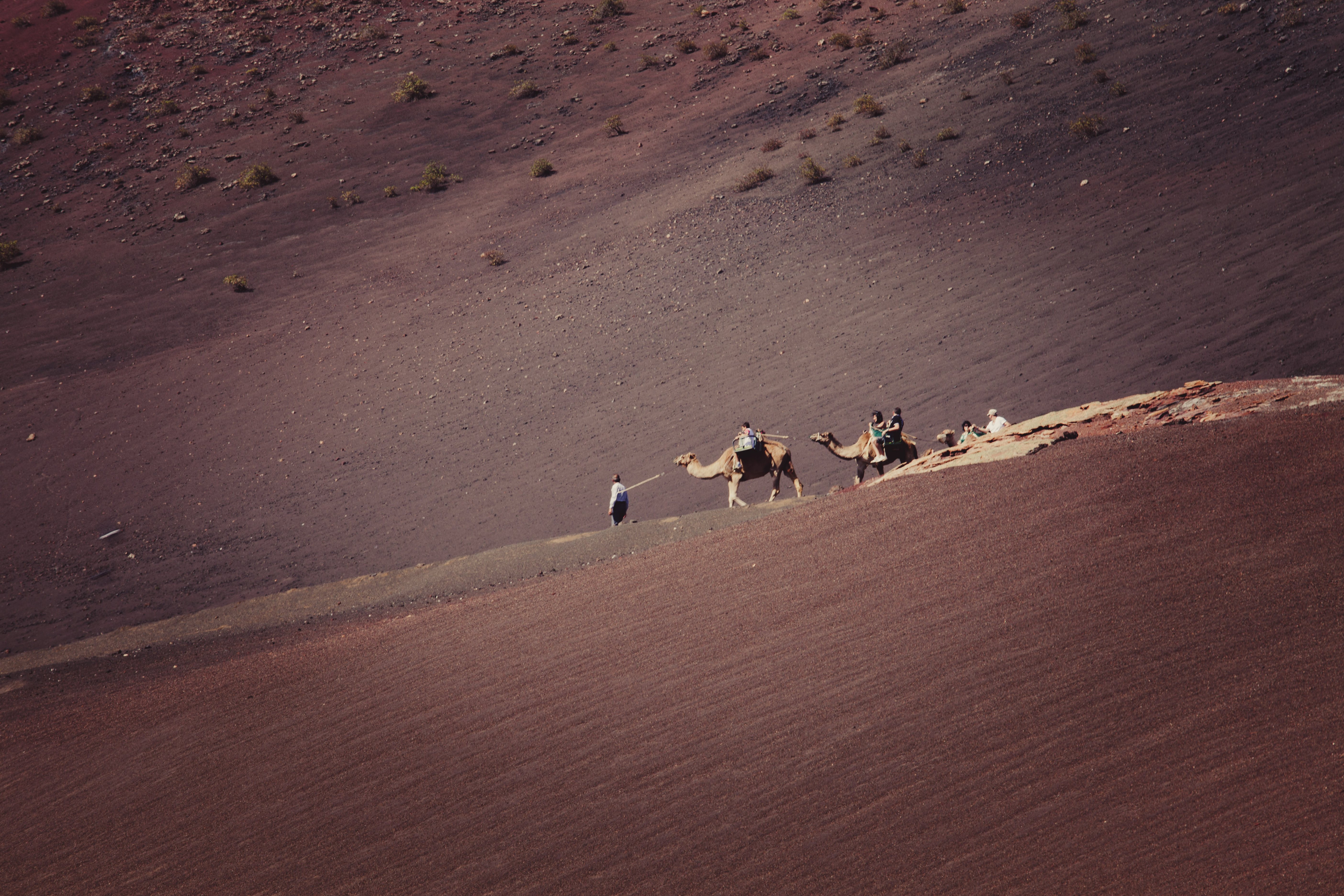 Oasis Park Fuerteventura is one of the biggest animal parks in the Canary Islands and the largest camel reserve in Europe.

It moves away from the classical zoo allowing you to experience the beautiful fauna from atop a camel. The saddle perfectly adapts to the features of this valuable animal which arrived in the Canary Islands from Africa in the fifteenth century.

You can take the short or the long trip, inside and outside the park, lurching from side to side in a one-of-a-kind experience.

Dolphins, whales and turtles are species which can all be seen in the waters of the Canary Islands on the different environment friendly tours offered by different operators.

Adults are sure to enjoy it as much as the children, and there’s no better way to learn about marine animals and how to respect them than seeing them in their natural habitats. In islands like Lanzarote, there are even submarine trips to the seabed.

Experience the volcanoes in the Timanfaya National Park in Lanzarote

There’s no better way to introduce children into the wonderful world of volcanoes than visiting the Timanfaya National Park. The park is centred around the volcanoes that were most active in the 1730 event.

Kids will smile in awe at the view of the bizarre and unique Martian landscape of broken land and rusted, iron-red earth.

The Timanfaya eruptions covered a quarter of Lanzarote in lava, burying 11 villages and forcing the entire population to flee. To this day the heat of the ground and the sulphurous chemicals render it almost devoid of life; there are small bushes and lichens, but even three centuries later there are no grasses or forests. 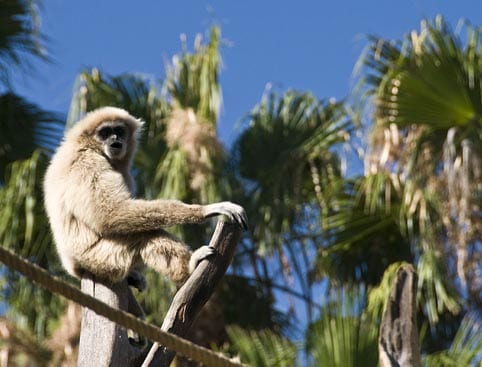 You can get a joint ticket to this zoo and dolphinarium with Aqualand, home to the biggest butterfly venue in Europe as well as animals from orangutans to komodo dragons.

The site also boasts three pools of around 3,000m squared containing over four million litres of water and five dolphins.

Kids can become explorers in the Garajonay National Park. More than two-thirds of this Unesco World Heritage Site are covered by a thick laurel forest of a type now rare in North Africa and southern Europe.

The lush landscape is fed by springs and streams and nurtured by rich volcanic soils, all of which resembles the forests of Jurassic Park.

The Charco Azul in La Palma offers visitors a different, unique way to enjoy the sea. This bathing zone consisting on natural pools in the lava rocks by the sea has become one of the best swimming spots allowing bathers to enjoy the beautiful sight of the crashing waves.

The children’s pool with a flat bottom, a tiny waterfall, railings, a sunbathing zone, showers and green areas make it a popular hot-spot for families visiting the islands.

Dive for the first time in El Hierro 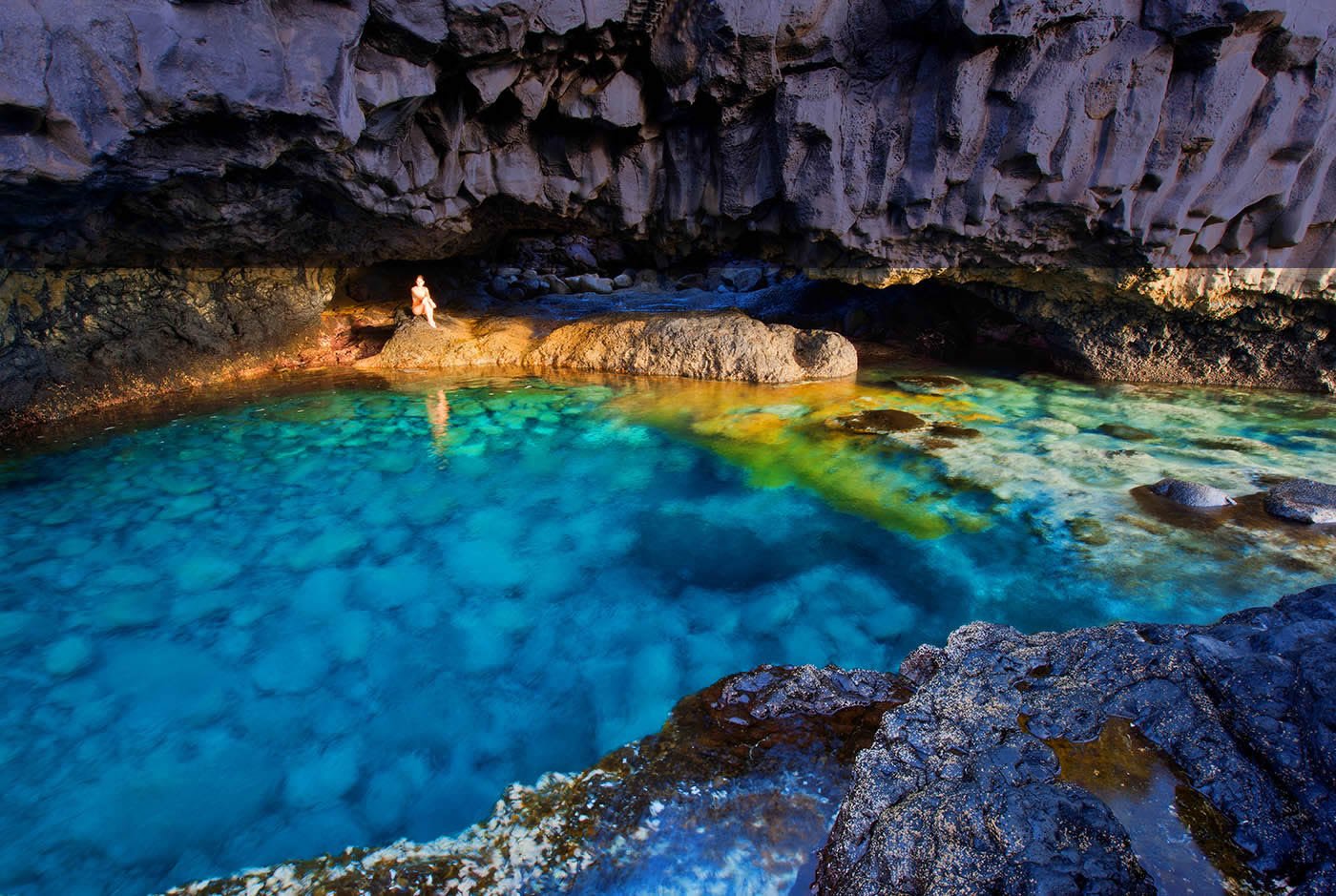 La Restinga is one of the world’s top diving spots and the perfect place for the kid’s first dive on a calmed seas day.

There are several operators which offer environmentally friendly tours which can be personalized to the family needs. Snorkelling allows children to enjoy the wonderful marine fauna and volcanic seabed of the area.