From the stunning beaches to the scorching sun – The Canary Islands have so much to offer! And if you happen to be looking to do something a little energetic on your trip to the islands, there are plenty of distinct walking trails to check out.

So, why not explore the Canaries by foot and discover the famed landscapes along one of these top walking trails: 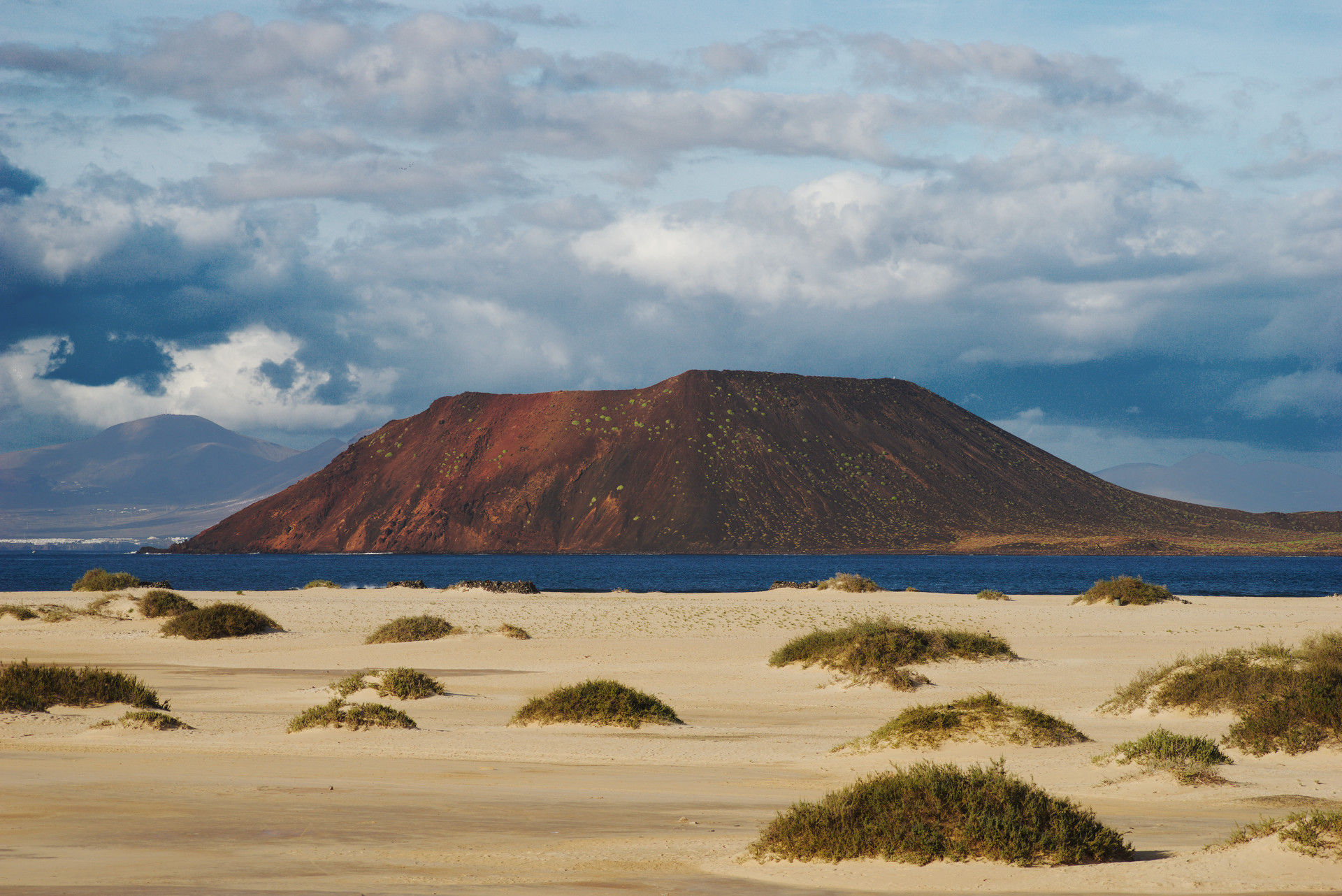 Isla de Lobos, located just 2km off the coast of Fuerteventura, is a tiny island boasting uninhabited nature. In 1865, a small human settlement was established, but currently, visitors must apply for a permit three days in advance in order to visit.

The permit allows you to stay on the island for four hours – more than enough time to cover the entire network of walking trails.

Pay a visit to the Marrajo saltpans, the lighthouses of Martino and Puertito as well as the remains of the old fishing settlement.

Discover the dreamy landscape of Lanzarote along the Los Gracioseros trail. This route is used by local inhabitants as well as those of the outlying island of La Graciosa when they travel between the two.

Once you head off on the cobbled paths from the village of Yé towards Guinate, you will experience unparalleled views of both Lanzarote and el Río. The winding downward tracks are full of flora and fauna, unique to the island.

When you meet the water’s edge, make sure to take a dip in the cool sea before you start your journey back. 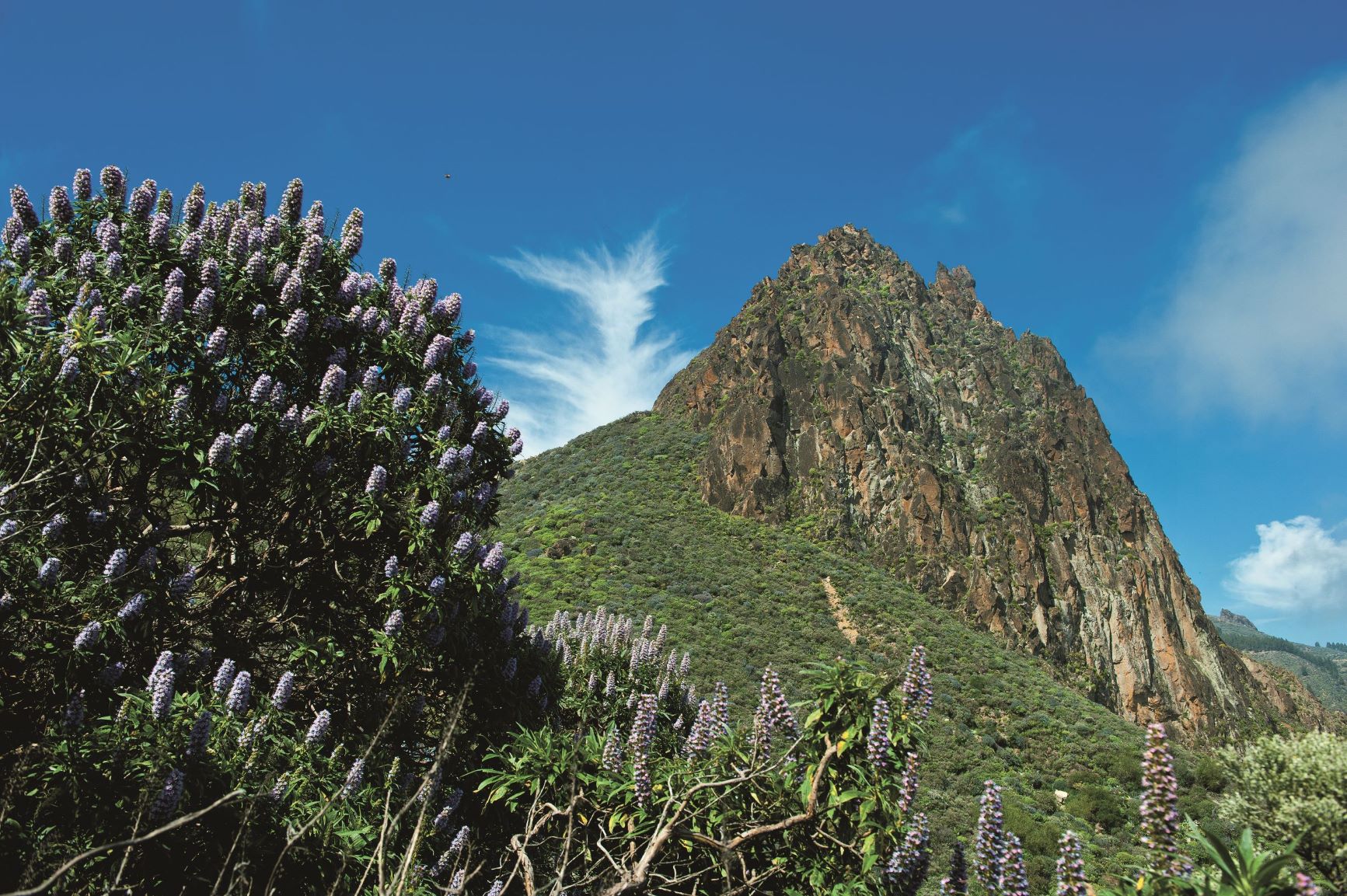 These century-old tracks were once used by islanders to get from one place to another or herd flocks to greener pastures. Over time, they became abandoned and they are now a popular walking trail.

The Ruta de Plata, whose surface varies between forest floor and stony pavements, takes you through pine forests with bursts of colourful tajinaste and succulent verodes.

During the route, you’ll be able to spot the Roque Nublo – one of the largest volcanic outgrops in the world.

At its highest point, the trail will lead you to a piece of overhanging rock known as the ‘Nublo window’ for the way it naturally frames the surrounding landscape and offers incredible views. 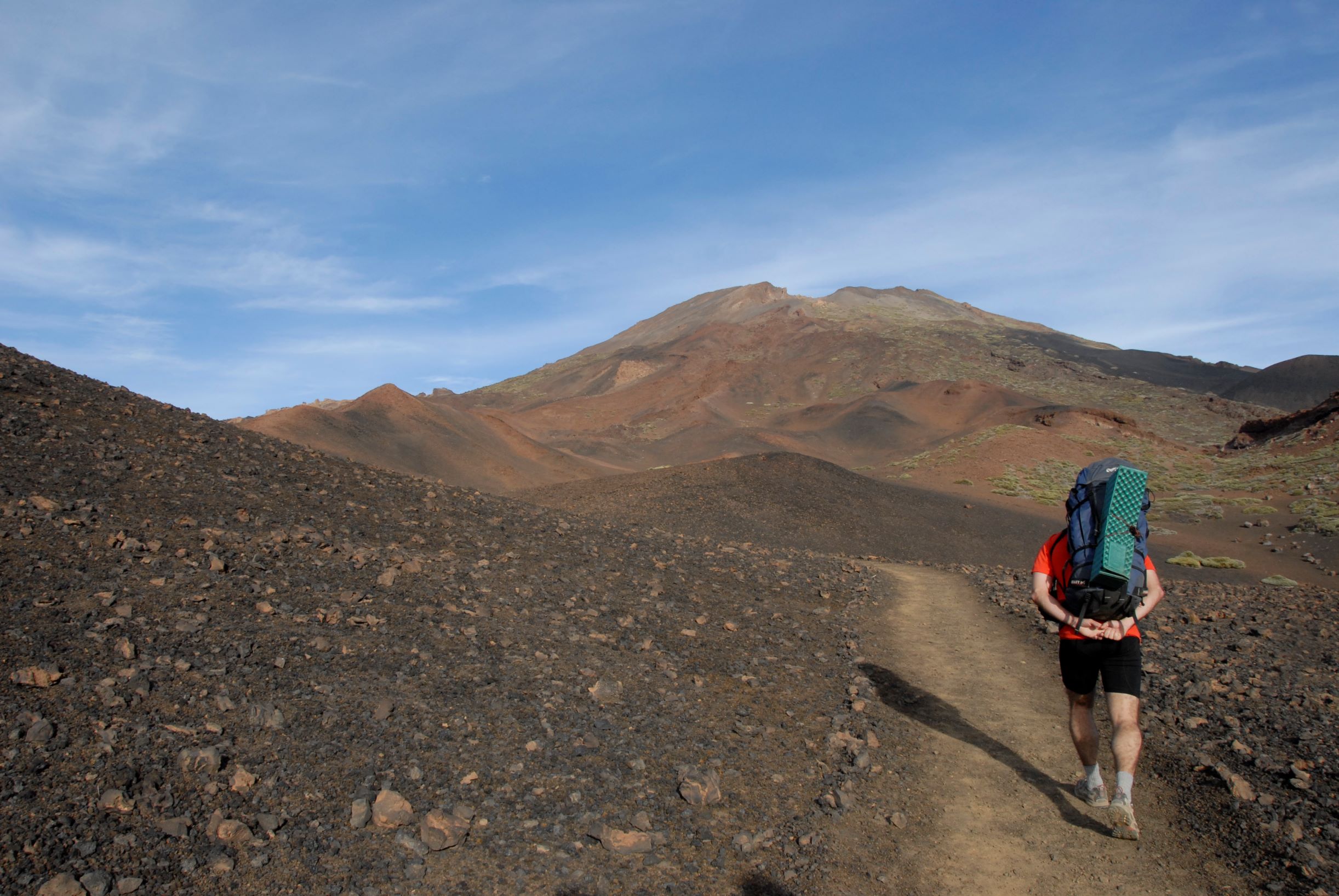 At 3,718 metres, El Teide is the highest mountain in Spain and the third highest volcano in the world. Classified as an UNESCO World Heritage Site, it has been formed over time by stratovolcanoes, caused by numerous lava eruptions. For this trek, you need to be in good physical shape and be prepared for the progressive change in altitude.

If you’re not too fussed about reaching the summit, or are perhaps visiting the area with your family – simply drive or take the cable car.

Whichever way you go, try and get to the upper levels a little before sunset so you can see the volcano casting its shadow over the entire island – this alone makes the trip worth it. 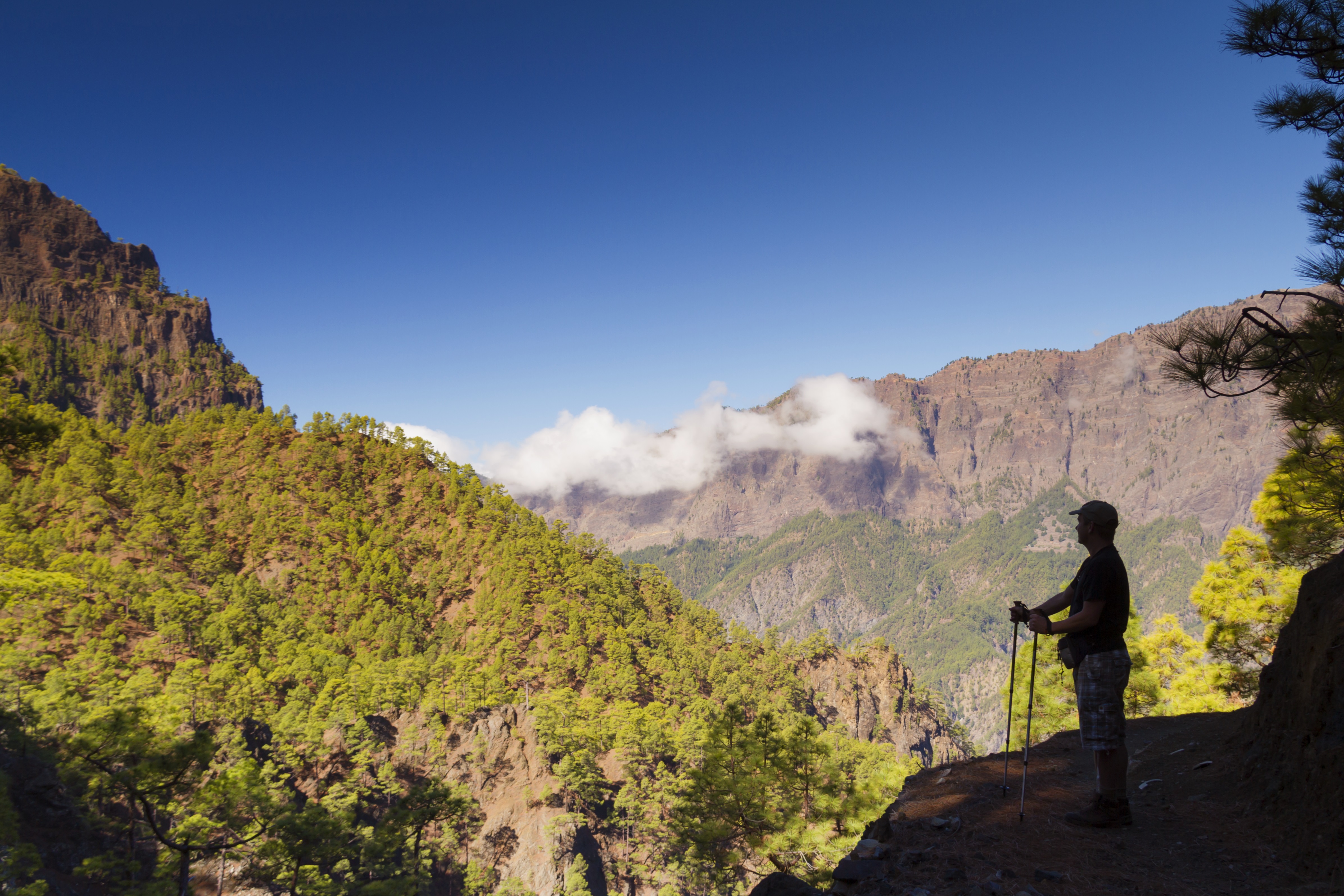 You can access the Caldera de Taburiente National Park via various steep paths hidden between pine trees and ravines.

Come prepared with proper mountain boots, water, sun protection and a wind and waterproof jacket, as the temperature drops considerably the higher you go.

For experienced hikers, the trek to the Roque de los Muchachos viewpoint, at 2,426 metres above sea level, takes you around the edge of the crater.

There are numerous companies that will guide you to the summit, whether in a car or on foot. The Roque de los Muchachos is one of the best places on the planet to observe the night sky, which is why there is an observatory on its summit. 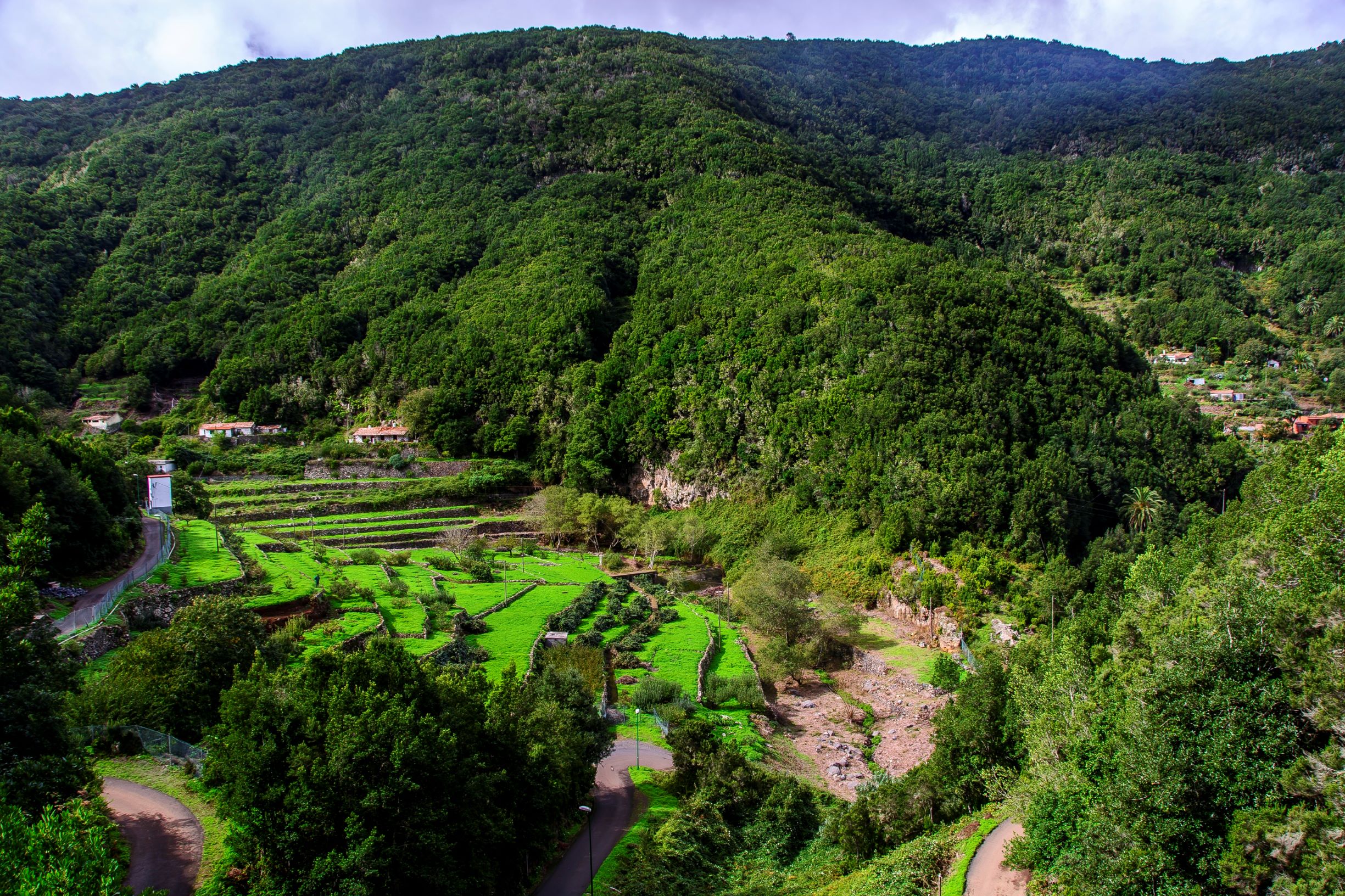 This hiking path through the valley of Parque Natural Garajonay allows you to experience the true nature of ancient, subtropical forests.
This trail is suitable for most levels, is well signposted and carries you along forest floor.

It finishes at El Cedro, a 150-metre-high waterfall which is a major water source for the farmers of the Hermigua valley. Towards the end of the route, you come across a chapel dating from 1935, which was originally built by an English governess.

It’s important to wear hiking boots, along with long pants to protect yourself from any spiny vegetation. Near the El Cedro waterfall, there are camping facilities and a casa rural where you can have a meal or even spend the night. 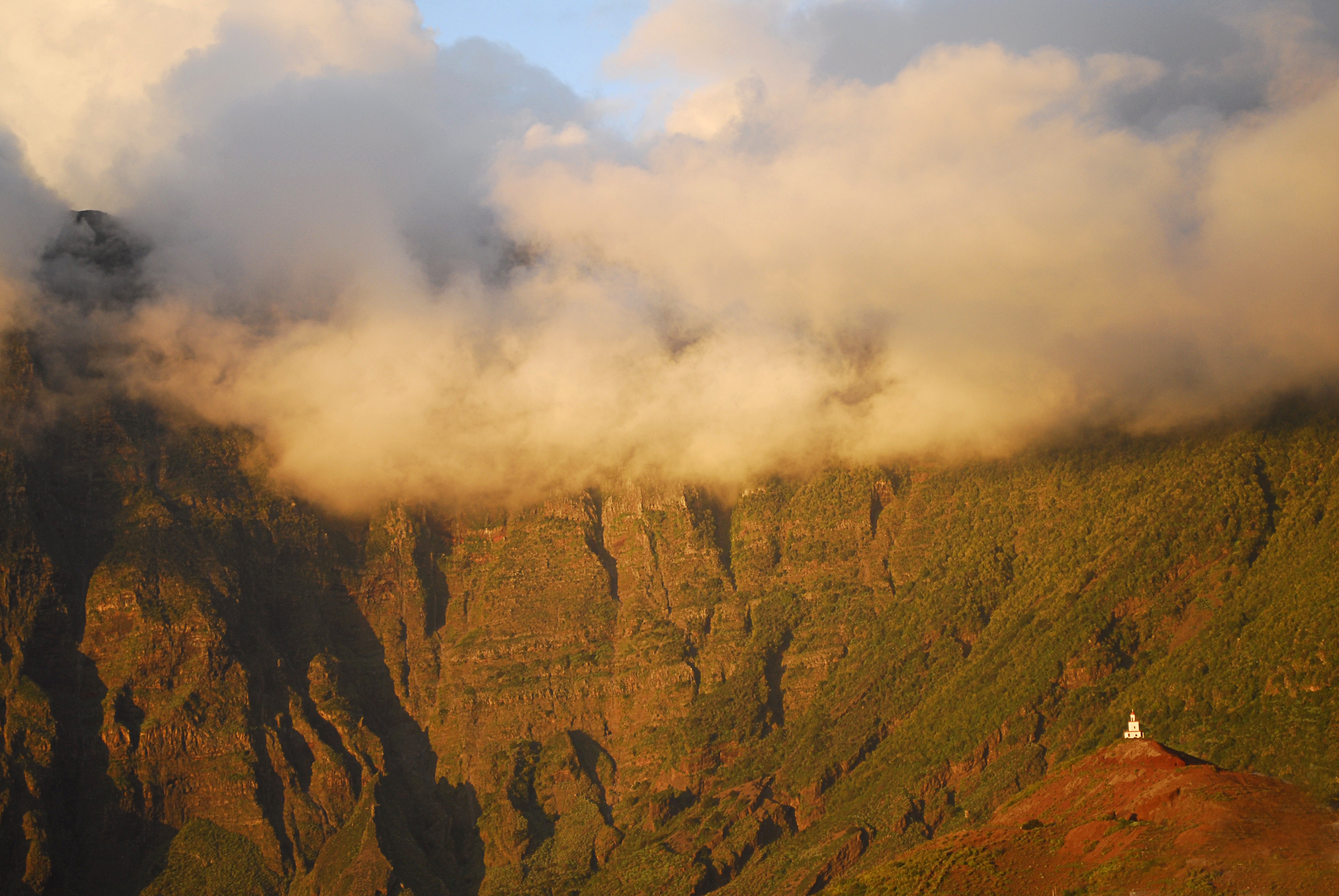 Make sure to come prepared when walking this historic pathway. Known for its outstanding scenery, the Camino de Jinama is divided into two contrasting phases – the first being the most challenging and the second being significantly less difficult.

Witness unique juniper trees which have been twisted and doubled into weird and wonderful shapes by the strong El Hierro winds or check out the chapel of San Andrés – one of the oldest churches in the Canary Islands.