As many marketers now know, sharing content on social media is an excellent way to get a particular product or brand seen by your target audience.

From Facebook to LinkedIn, there are now countless social media networks available to reach your customers, and marketers are making the most of these platforms to do exactly that.

However, it is important to note, that despite having similar purposes, not every social media platform is the same.

All social media networks have their own unique set of users who have come to expect a certain tone from the content they are seeing. This means that marketers cannot afford to simply share their content the same way over multiple networks as their message won’t translate the same on Twitter as it does on Google+. In short, sharing content should not be a copy and paste job.

Instead, to ensure you are getting most interaction from the content you’re sharing, you need to take the time to understand the best ways to share on each social media network.

With this is mind, we’ve taken a look at four of the biggest social media platforms, what makes them different and how to make sure you’re sharing your content correctly on each one

Facebook is the platform people use to connect with their friends and family meaning users don’t want to be met with annoying, spammy messages every time they log on to their Newsfeed.

The key to stopping your fans from clicking “unlike” on your page is to make sure that your posts fit in with the conversational tone of Newsfeed. However, your posts should still stand out and be interesting enough to make users pay attention.

For example, instead of just posting the title of an article or blog post, give your readers a very brief, summary of the content. Including a photo is also a good idea on Facebook as images have a much bigger impact than a dull single body of text. 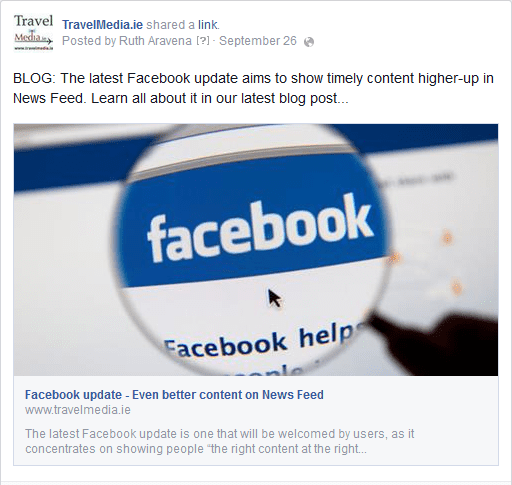 You should also always try and keep your post to less than 250 words. The attention span of most users ends after this point and the last thing you want to do is bore your audience.

When sharing content such as articles or blog posts, it is also important not to be tempted to write a deliberately vague headline in order to get clicks. This practice, known as click-baiting, is popular with many news outlets however, Facebook are cracking down on this heavily so it should be avoided.

Twitter is a social media network unlike no other thanks to its strict 140 character limit on all tweets.

People who use Twitter want quick, to the point updates. Twitter users haven’t got the time or patience to read a lovely summary of what you are posting so the key is to keep it brief.

Users tend to follow a lot more people on Twitter than they do on Facebook. They also tend to have less of an intimate relationship with those they do choose to follow. This means that you need to be slightly brasher with your Tweets than with your Facebook posts to help you stand out from the crowd.

Tweets are relevant and visible for far less time than a Facebook post meaning that you cannot be afraid to be annoying on Twitter. Where Facebook posts can be compared to chatting with a friend over a cup of tea, Tweets can be seen as trying to get the attention of a stranger in a hurry on a busy street – in other words you need to shout to be noticed.

Another thing that sets Twitter apart from Facebook is hashtags. Although hashtags can be used on Facebook, they are far less effective than on Twitter. A Tweet without the appropriate hashtag is much more likely to be missed and create little impact so taking the time to learn how to use them properly is important.

Google+ is a very image driven social media network and often, just one or two words of text accompanied by a bold, striking image can be enough to draw users in. You can also share GIFs on Google+ which is another way to make your content more clickable on this platform.

When posting to Google+ you should also try to use appropriate key words related to your content in your posts. Doing this will mean that your posts show up in any searches relating to your key words. 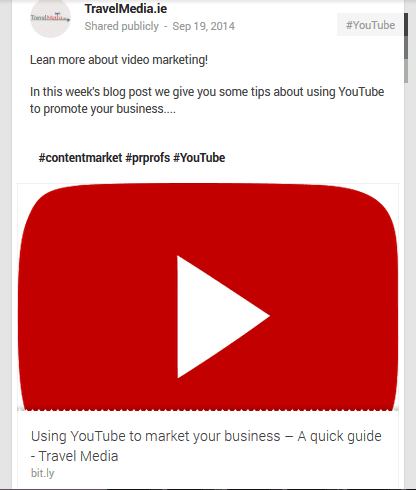 Sharing blogs and news work well on Google+ however, when sharing content like this, you need to make sure that the first line of your post is gripping – a boring opening line will not make people want to read more.

You should also always use hashtags in your Google+ posts as, similar to Twitter, hashtags allow your posts to be found more easily in searches.

Of all the social media networks, LinkedIn is the one with the most distinct and unique tone thanks to its reputation as the premier networking site for professionals and recruiters.

It is likely that the majority of your LinkedIn connections also work in the same industry as you making this the ideal platform to share content relevant to your field that will establish you as a leader in your industry.

Because LinkedIn is a more serious platform, when sharing, you should always keep your tone professional so that your content is taken seriously by those in your industry. You should also try and end your post with a question as this invites discussion and makes your post far more engaging.

Want to learn more about optimising your content for each individual social media platform? Contact a member of the TravelMedia.ie team.